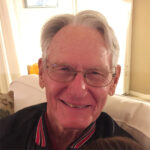 Trump-Miler's self-styled "victims" could be expected to want to become a political force.
To achieve fairness and social justice -- to end victimization.
As FDR's followers wanted -- genuine victims of the Great Depression.

Of course, that's not what the Trump-Miller mob wants.
Their political pedigree is of the opposite stripe.
From the opposite side of the Atlantic in the same era.

They want a victim-in-chief to validate their projection of guilt onto others.
Their supposed "persecutors."
To justify switching one victim for another so they can persecute.
So others can be the "losers" and they can be the "winners."

Blindly following the Winner-in-Chief makes them winners by association
A status they will never relinquish so long as their champion lives.
No matter what evils he perpetrates.

Far from being a flawed human being, he is their Savior, their Chosen One.
More exalted than history's greatest heroes -- Lincoln, Churchill.
Are we afflicted with daily horrors?
This is Horror.

Cruelty is not a by-product of their behavior; it is its very purpose.
Cruelty to others directed by their role model is proof positive.
That they have arrived, and he has gotten them there.
That they and he are one and the same.
The bond between them could not be stronger if it were real blood and soil.

Reacting to their cruelties with horror and outrage doesn't give them pause.
It's music to their ears, a red flag waved in the face of the raging bull.
An incitement to further madness, more cruelty.

The Beast's grasp of power has already gone too far to stop him by democratic means.
Republicans, the Senate, the judiciary -- pitiful institutions -- shrink in relevance before our eyes.
While impeachment grinds inexorably toward meekness and inconclusion.

With democracy already lost, horror and outrage are irrelevant.
Impeachment is irrelevant.

Sounding the alarm over systemic cruelty at the border.
Is commendable, honorable, patriotic, courageous.
It's never acceptable to ignore abandoned children bleeding to death.
We must continue to bear witness, to alleviate suffering.

But the moral ground has shifted.
We must adjust.

All that's left in the present circumstances is to re-channel the force of feeling.
To unite in search of a leader who will rally us against the Beast.
To unite in fierce opposition to the Beast with all the resources at our disposal.
To defend Democracy, science, compassion, justice, and civility.
To defend civilization and our habitable planet.
To fight for our lives and the lives of our children and grandchildren.

The fight -- our generation's Civil War -- has already begun.
The only question is: who can lead us in the fight?

Yes, victimization of immigrant children at the border.
Has not drawn the attention, the outrage, that it deserves.
Forgive our Democratic compatriots for their blunders, their shortcomings.
But we must move on.

I offer solidarity with anyone who will join me in this cause.
We must find and get behind the right candidate with everything we've got.
Short of Trump-Miller dying of natural causes.
And their base melting away -- not a likely prospect.
It is our only hope.

Thoughts from a letter to a friend
6 December 2019